At Money Matters we like to support various charities either via sponsorship, donations or taking part in events.  This page will detail what current events we are taking part in or sponsoring.  Any donations to these charities will of course be gratefully received.

The company has contributed to the Dorset Echo toy appeal every year for the last 10 years now providing Christmas presents for ten local children every year.

Money Matters has also just added to Captain Tom’s fund for the NHS.

We will post all future events here, along with how you can donate. Thank you to all our customers who have helped support our charity events and fundraising over the years! 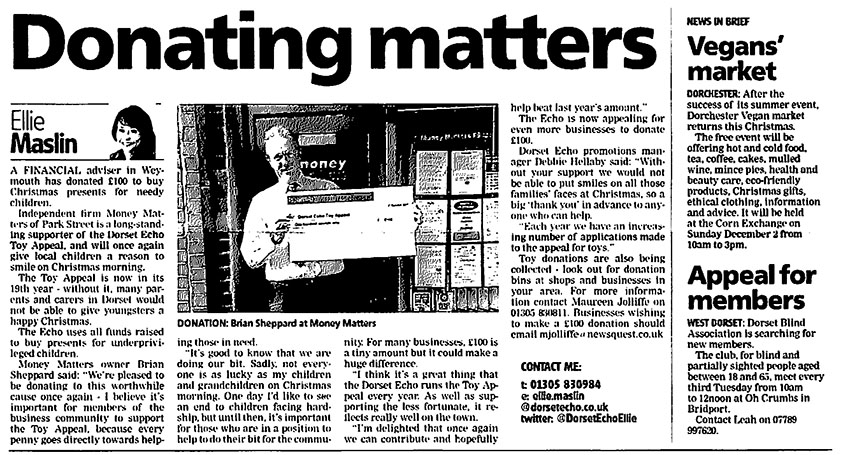 Please feel free to contact us using our enquiry form. Alternatively, please give us a call on the following number